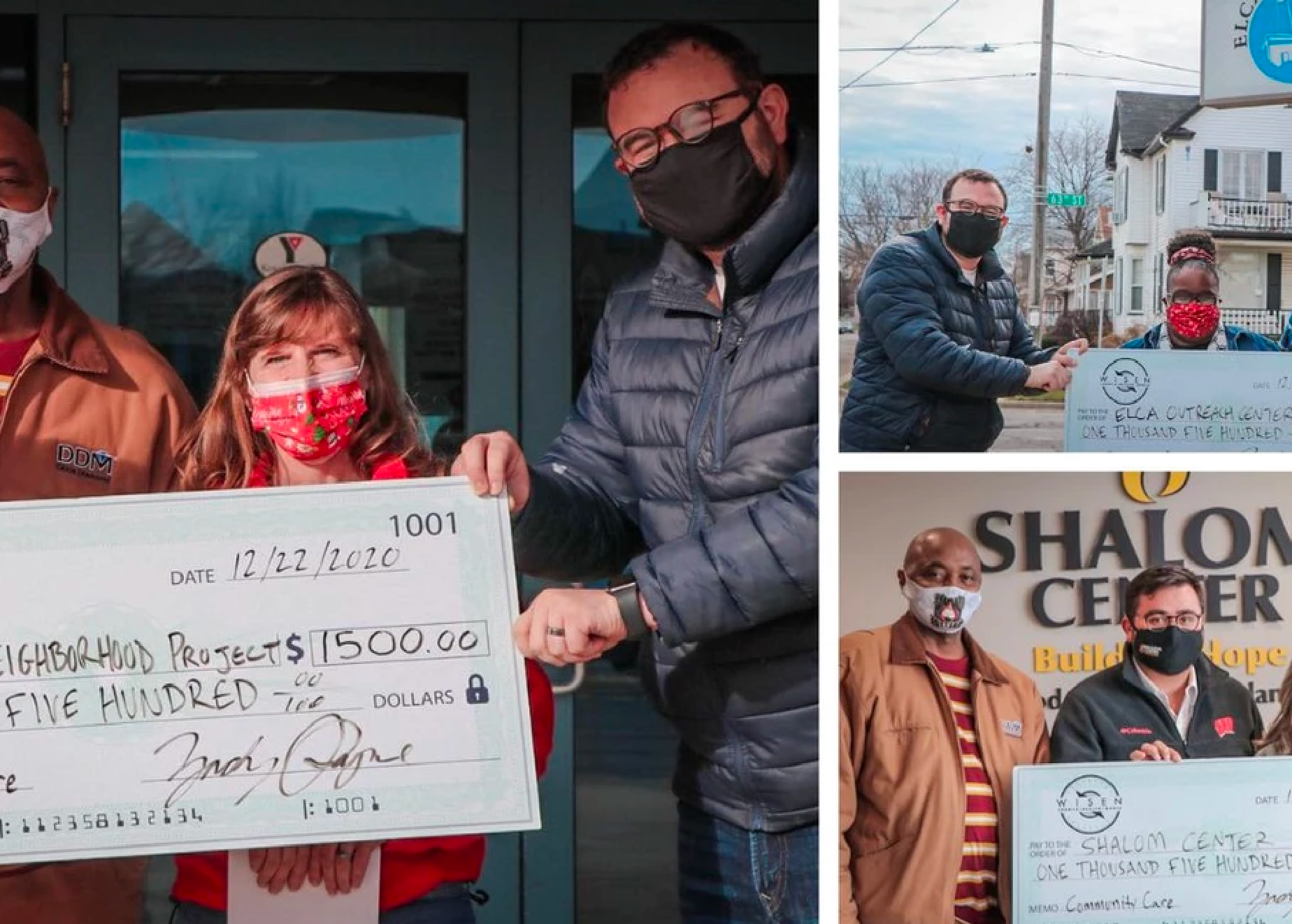 On a Sabbath last August, members of the Kenosha, Racine and Raymond churches gathered in downtown Kenosha to pray for the wounded community and later spread out into Kenosha to volunteer in support of local clean-up efforts. That event attracted local media and Zack Payne, head network pastor for Wisconsin Southeastern Network (WISEN) Seventh-Day Adventist churches was quoted saying, “We wanted to come together and show some unity in Christ so we can unify with our community and help. It’s a display of unity that we’re all able to come together and accomplish something — we’re here and we care.”

The community was already hurting long before the protests. Kenosha, located halfway between Chicago and Milwaukee with a population of 160,000 has seen its economy, not unlike several Midwestern cities, struggle over the years. According to U.S. Census data, unemployment stands at 10%. One in every 5.3 resident lives in poverty.

Payne says his leadership team wanted to do a follow up to the successful community outreach but with the coronavirus raging across Wisconsin, they found themselves with limited options in what they could do. As they scanned the area, they saw that there were organizations already making meaningful change. The WISEN leadership decided to join forces with three of those groups.

Armed with a $6,000 donation from the Lake Union and Wisconsin Conference, Payne and Lay Pastor, George Andrews III, showed up at the doorsteps of the organizations a few days before Christmas with checks for $1,500 each. “They seemed to be doing a lot of good, so we were able to give to them with confidence,” says Payne. (The remaining funds were used to pay some expenses they incurred for the August event.)

The Shalom Center of the Interfaith Network’s is the largest food distributor and homeless shelter in Kenosha, providing 72,000 meals last year through their soup kitchen network and 21,000 shelter nights to single households and families. The center’s executive director, Tamarra Coleman, says they were especially humbled to receive the unsolicited and unrestricted funds from another local organization. “Last year was a rough year and so many fundraisers were cancelled,” she explains. “For them to think of the Shalom Center is huge. We have a great community.”

Payne, who has pastored in the area for almost four years, says “We are just grateful to be a light to our community.”

TAMARRA COLEMAN, SHALOM CENTER STEP UP TO SERVE THE COMMUNITY

COMMUNITY: As Shalom Center turns 40, let’s continue taking care of each other

KEEPING KENOSHA WARM FOR THE WINTER

Shalom Center is a 501(C)3 in Kenosha County serving as the only homeless shelter, largest food pantry, and longest running nightly meal program. Shalom Center is a community resource that provides housing, food, guidance, and support to individuals and families in need across our community. Our mission is simple: serve the community through food, shelter and supportive ways. We believe that this mission will help realize a greater vision: self-sufficiency by maximizing the potential of people we serve.